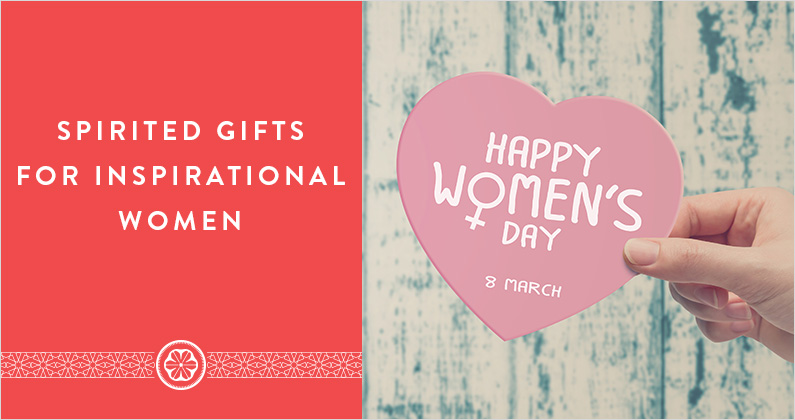 This Friday, March 8th is International Women’s Day! Here at GiftTree we’re big supporters of this holiday, and have the Women’s Day gifts to prove it. But first, here’s a little about the history of IWD. Even though the holiday was made “official” by the United Nations in 1975, the first IWD was declared in the US in 1909. In the turn of the 19th century, women’s oppression and inequality was inspiring women to become more vocal and active in campaigning for change. Then in 1908, 15,000 women marched through New York City demanding shorter hours, better pay and voting rights. (Source)

Today, the world has indeed seen progress toward equality for women, but there is still work to do. Women are not paid equally to their male counterparts. They’re not present in equal numbers in business or politics. Globally, women’s education, health and the violence against them is worse than that of men. However, we have female astronauts and prime ministers, girls are welcomed to universities, it’s possible for women to have careers and families. Women have real choices. And so, each year on International Women’s Day, the world inspires women and celebrates their achievements.

Celebrate the strong, inspiring and successful women in your life with a gift! Here are some great Women’s Day gift ideas.

Keepsakes, Flowers & Gifts to Pamper Her

Who is the most inspirational woman in your life?