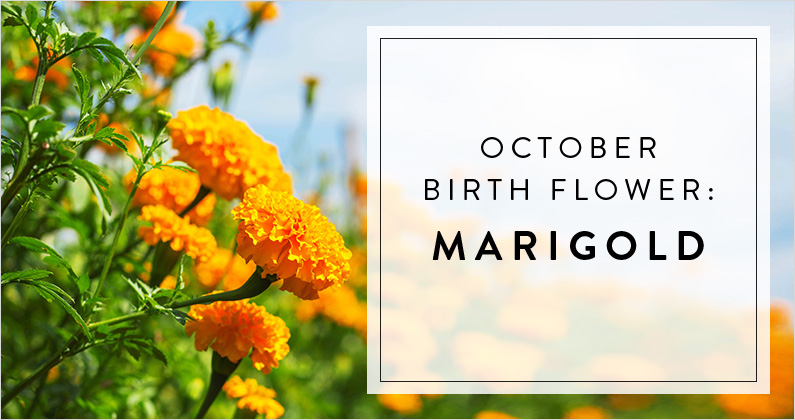 Did you know every birth month has its own flower? Each of those flowers has its own dedicated meaning, as well. It’s believed that the Romans began this tradition, and the Victorian era also brought floriography, the language of flowers. Growing all over the world since ancient times, let’s give a nod to the October birth flower: marigold. 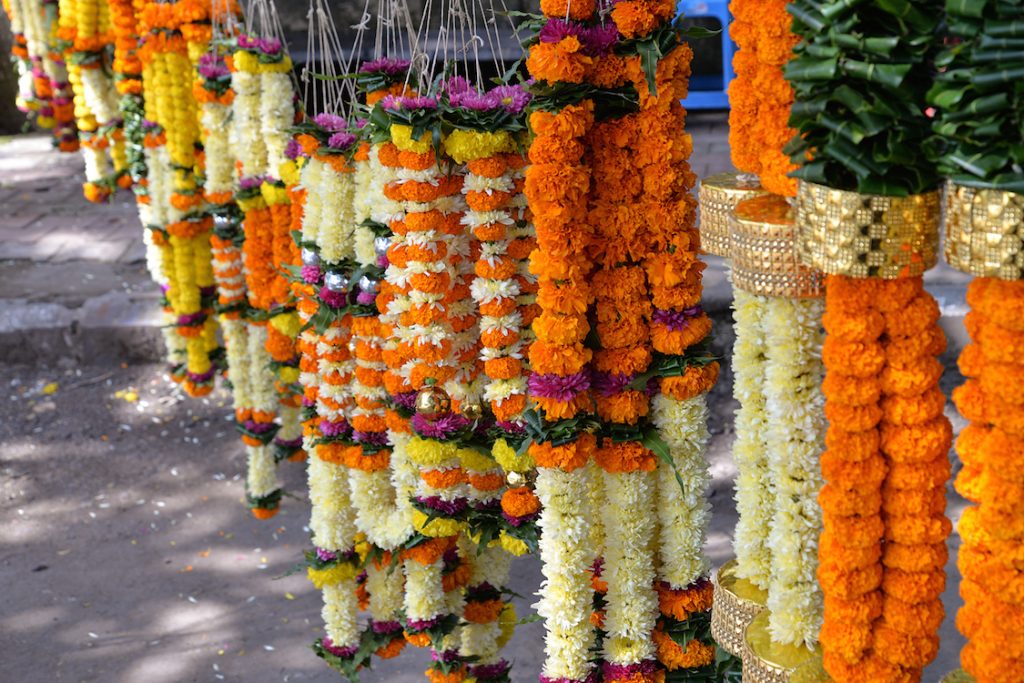 Reaching their peak in Fall, marigolds are a popular garden flower across the globe. Welsh people believed that if marigolds were not open early in the morning, a storm was on the way. And because one of its meanings is passion, rumor has it marigolds were used in love charms in the middle ages.

Because they soil and full sun to bloom, marigolds aren’t usually found in cut bouquets. But you can still give them as a gift – your local grocery store will have potted marigolds for sale.

In India, marigolds have been popular for centuries. They are woven into wedding garlands to symbolize passion. The flower is offered to Hindu gods for festivals and celebrations such as Diwali. The yellow and orange color is also used to dye fabric.

Want to know the other months’ birth flowers and their meanings?

Here’s a quick guide to glance at! Check back on GiftTree’s blog every first Monday of the month over the next year. We’ll be featuring that month’s birth flower as well as showing you our beautiful bouquets that feature the flower.

GiftTree’s fresh flower bouquets are never delivered in the box. This means your the recipient won’t have to find a vase, trim and arrange the bouquet themselves. Our expert florists are located all over the country, arranging bouquets in glass vases and delivering them in perfect condition.