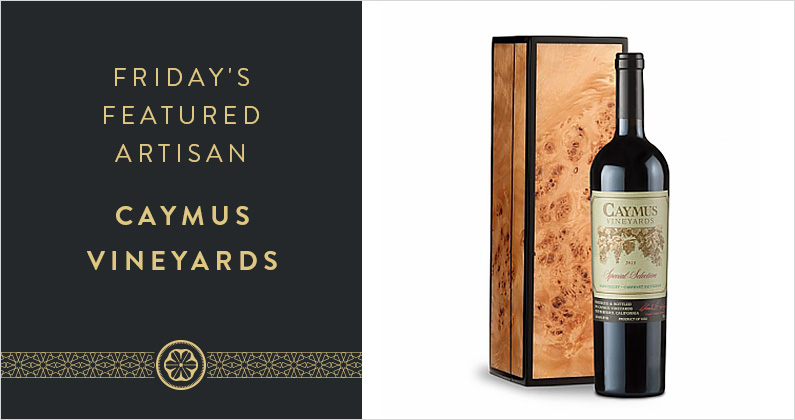 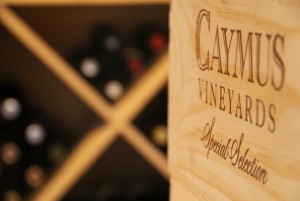 Showcased as one of our most popular luxury wine gifts, Caymus Special Selection Cabernet Sauvignon is often said to be a wine that needs no introduction. While this may be true, there is a rich history behind the wine and it all starts with one word: Charles.

Before there was Caymus, there was the Wagner family farm, which was a small plot of land in Napa that Charles Wagner purchased with his life savings after fleeing the devastating San Francisco earthquake of 1906. An immigrant from Alsace, France, Charles planted the crops that everyone planted in those days to survive: a little bit of everything. Napa Valley had not yet come to the prestigious prominence that it enjoys today as a top American Viticultural Area, but luckily for Charles, he planted grapevines for good measure and decided to give winemaking a shot. And unluckily for Charles, this was just in time for Prohibition, which put a damper on his plan.

In 1943, a second Charles Wagner, Charlie (son of Charles) shared the foresight of his namesake and purchased some additional orchard land in the very heart of the Napa Valley. As the first Charles did, Charlie also planted edible crops like plums and walnuts, but by the early 60s, it looked like wine grapes might be able to sell more profitably. So Charlie followed the trend of many of the early pioneers in the Valley and planted his vineyards with Pinot Noir and Riesling.

Luck steps into this story again when a good friend up the road was making some pretty good wine out of Cabernet Sauvignon. When Charlie was offered some cuttings from the vineyard, he leapt at the chance.

Enter the third Charles in this story: Charlie’s son, Chuck. Up until about 1971 when Chuck was 20 and Charlie was 60, the family had been selling the grapes and not producing wines except for home consumption. Charlie made his son an offer to start a family business making wine and they named its winery “Caymus,” which was the name of a group of American Indians that lived in the area.

Their beginnings were modest. The two men and a single helper farmed 55 acres of vineyard by themselves. It took them four months just to prune. All winemaking procedures were done by hand, including pumping thousands of gallons of wine into 600 gallon tanks. In 1972, they released their first Cabernet Sauvignon. Three years later, the family hired winemaker Randy Dunn, who produced what is now the winery’s flagship, Caymus Special Selection. Comprised of the very best barrels of the vintage, Special Selection is produced only in optimal years, where conditions are just right. Caymus’ Cabernet bottlings have aromas and flavors that can only be achieved through “hang time” – a risky technique which chances the loss of crop if early winter sets in. But leaving the fruit on the vine unusually long develops suppleness, increases color, and matures the tannins of the grapes. The wines are abundant in textural tannins, yet soft as velvet. Crop thinning, allowing measured sunlight to reach the vine’s fruit zone, and waiting for increased ripeness are all part of the Caymus viticultural practices.

Offering a wide array of flavors and aromas from brown sugar to creme de cassis, the 2013 Caymus Special Selection Cabernet Sauvignon is available in a number of beautiful presentations from GiftTree.