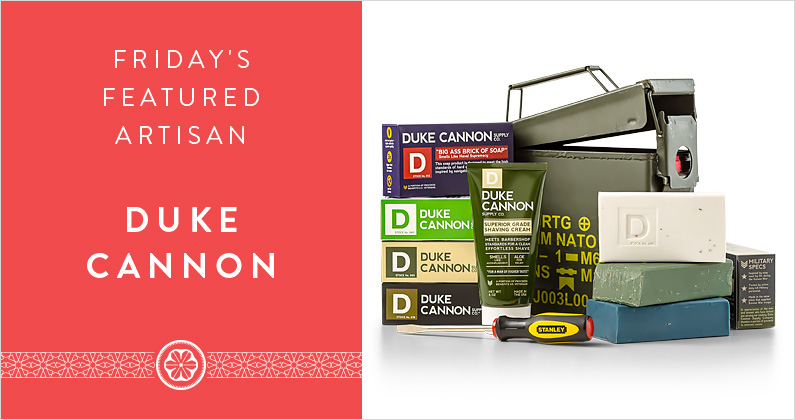 This Friday’s Featured Artisan is Duke Cannon Supply Co., a Chicago-based men’s skincare, bath and body company that specializes in soaps and skincare essentials that are no-frills, no-flowers and no nonsense. During the Korean War, GIs were issued a heavy brick of soap in their toiletry supply kits, and in keeping with that same tradition, Duke Cannon crafts clean-scented, grime-busting bricks of soap in the very same Memphis factory where the original soap was made. Duke Cannon Supply company is serious about its commitments to giving back to the men and women serving the country, too. With their expansive collection of soaps and grooming goods, portions of Duke Cannon’s proceeds go toward benefitting veterans’ causes such as the Honor Flight Network, K9s for Warriors and The Military Working Dog Team Support Association. 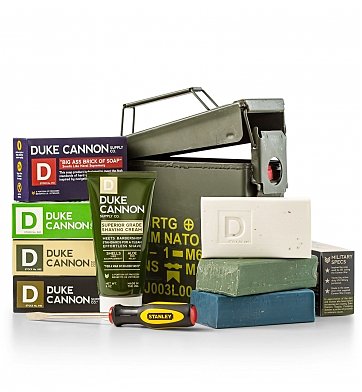 In a gift that’s perfect for Father’s Day, GiftTree and Duke Cannon teamed up to curate the Artillery Grooming Gift. Watertight and reusable, an authentic military field box holds American-made men’s skincare essentials: five varieties of heavy duty hand and body soaps including their original Big A** Brick of Soap, a superior grade shave cream and a handy Stanley screwdriver.