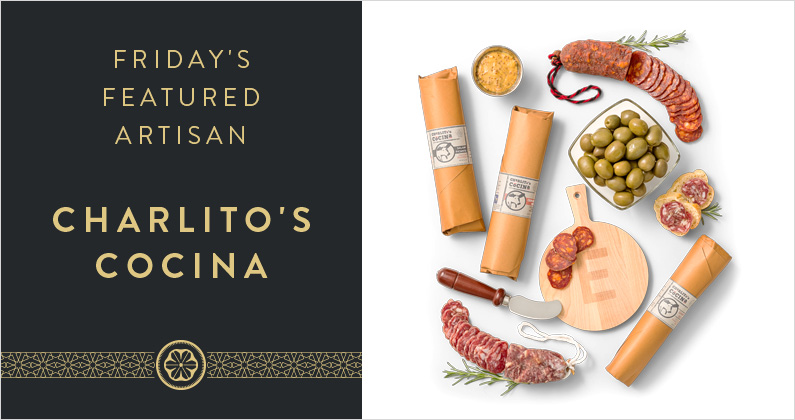 This Friday’s Featured Artisan is Charlito’s Cocina, a New York based salumeria run by Charles “Charlito” Wekselbaum, who was raised in New York City in a Cuban-American household. After working under two mentor chefs who produced their own charcuterie, Charlito attended the French Culinary Institute in New York City, where he studied under a master charcutier. Soon after, he traveled to Spain to study the Spanish tradition of curing meats and preserving food with his family in Salamanca, who had been curing meats, canning olives and making their own wine.

Returning to New York City, Charlito founded Charlito’s Cocina in 2011, where the charcutier makes everything from scratch, slowly and steadily, with simple products and the cleanest, best ingredients that can be found. With their dry-cured meats, they explore and honor the rich gastronomic tradition of  preserving food and curing meat in the days before refrigerators and freezers. On every single item made and sold by Charlito’s Cocina, you will find a handwritten number on the package, indicating its position in the batch. 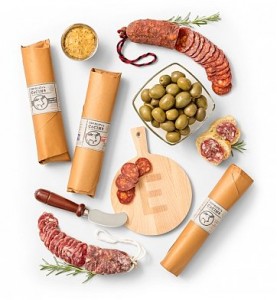 Charcuterie and Personalized Tasting Board Gift

GiftTree teamed up with Charlito’s to curate a trio of their delectable dry cured meats with our personalized tasting board, just in time for summer and for Father’s Day! Three varieties of artisanal salame are joined by stone ground mustard, organic Greek olives and more in this savory, shareable crate. With a personalized tasting board for serving, it’s a perfect gift for any foodie or culinary adventurer.